Our goal is to protect the most vulnerable Afghan minorities living under constant threat of ethnic and religious violence by providing them asylum in Canada. These Afghan minorities are persecuted because of their of race and religion, however, because a person seeking refugee status must do so from outside their home country, these individuals are not technically refugees. We’re calling on  Canada’s Government to make an exception for these victims of decades of war and violence.

We are a broad group of people in Canada and abroad who care deeply about the safety and wellbeing of vulnerable people. We’re taking action in 2015 because community members brought our attention to the plight of minorities in Afghanistan.

Our team was brought together by Hon. Manmeet Singh Bhullar to help vulnerable Afghan minorities who want to leave Afghanistan to receive protection. Despite the unexpected passing of Manmeet in November 2015, we will continue to fulfill Manmeet’s vision.

Why do minorities want to flee Afghanistan?

Religious minorities are under constant demands to convert to Islam. Under a strict interpretation of Islam in Afghanistan, most minority women and children cannot effectively seek work, attend school, or leave the protection of Gurdwaras (Sikh and Hindu houses of worship) or places of worship without being accompanied by a male family member.

Ethnic minorities have lived throughout Afghanistan along trade routes and border regions, but also in the interior. Afghanistan’s Sikh and Hindu populations cover thousands of square kilometers as minorities in towns on the country’s southeastern frontier with Pakistan. Sikhs and Hindus migrated centuries ago to Afghanistan as traders and merchants to form a thriving part of Afghanistan.

Today, the few Sikhs and Hindus remaining in Afghanistan struggle to protect each others’ remaining Sikh Gurdwaras and Hindu temples, which provide refuge for Sikh and Hindu women, children, and elders whose families have fled, perished, or disappeared in decades of war.

Afghan minorities are routinely threatened with physical violence. Afghan Sikhs and Hindus in particular are threatened with cutting of hair, which is sacred to Sikhs, and are prevented from cremating their deceased according to religious custom. In November 2014, the Afghan government declared that it wanted to move the country’s Sikhs and Hindus to a single town for their own protection. Over three decades of violence, most Gurdwaras have been occupied as military strongholds or destroyed in fighting. Threats against Afghan Sikhs and Hindus have intensified in 2015 as NATO and US forces have continued to withdraw from Afghanistan.

“Refugee” and out of country requirement

Under international agreements, vulnerable individuals and human rights victims who seek international protection from violence are only recognized as refugees if they are outside their home country. As Afghan citizens, Afghan minorities may only apply for refugee status while in a country outside Afghanistan, such as neighbouring Pakistan. 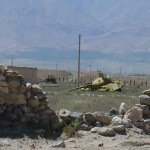 Afghan minorities cannot freely travel to other parts of Afghanistan, or to neighbouring countries such as Pakistan, Iran, Turkmenistan,Tajikistan, or Uzbekistan due to closed borders, constant internal violence among warring factions in Afghanistan, and/or the threat of further persecution in those countries. Sikhs are highly visible when travelling, and are easily recognizable which makes them more susceptible to violence. The warring factions’ roadside kidnappings, improvised explosive devices (IEDs) and rocket attacks against each other and against international aid convoys have killed or wounded tens of thousands of innocent civilians.

Even if Afghan minorities could reach Pakistan, there they may face official and unofficial discrimination by the country’s police, military, and some civilians. Tens of thousands of Afghan minorities, who fled to Pakistan when conditions were safer, have had to survive in Pakistan without employment, education, or sustainable futures. Many Afghan refugees in Pakistan are currently facing expulsion back to Afghanistan.

Why can’t Afghan minorities seek protection from the Afghan government?

The Afghan government’s intentions and efforts to protect religious and cultural minorities have continually been undermined by instability brought about by militant insurgents outside the Afghan government’s control. Many Afghan Sikhs and Hindus also feel that they cannot trust local official forces for protection due to corruption and inadequate training.

Mohammed Yaqub Ahma, Deputy Minister for Frontier Nations and Tribal Affairs, in response to concerns that Sikhs and Hindus do not feel safe living among Muslims:

“We are putting pressure on local authorities in one area to give them [Sikhs and Hindus] a township. God willing, they will be placed there as time goes by.”

“The area will be made safe for them, places for their ceremonies, and also for cremating their dead will all be provided for them in this township.” 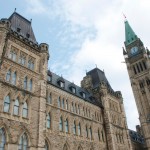 We want to privately sponsor the most vulnerable Afghan minority asylum seekers. To do so, we need the Government of Canada to waive the requirement that persecuted Afghan minorities seek refugee status from outside Afghanistan. We should not ask visibly vulnerable and victimized Afghan minorities who can’t conceal their faith to further risk their lives to travel through a war zone to a hostile country in order to mark one checkbox on a form.

The Government of Canada has previously waived the out of country requirement for asylum seekers from countries where violence and persecution endangered lives of citizens. As recently as 2011, Canada admitted asylum seekers into Canada directly from countries such as Columbia, Guatemala, El Salvador, Sudan, Sierra Leone, and the Democratic Republic of Congo, and since 1997 from Bosnia-Herzegovina, Croatia, Colombia, Cambodia, and Liberia.

How are Refugees and Asylum Seekers different?

[A]ny person who: owing to a well-founded fear of being persecuted for reasons of race, religion, nationality, membership of a particular social group, or political opinion, is outside the country of his nationality, and is unable to or, owing to such fear, is unwilling to avail himself of the protection of that country.

Canada signed the 1951 convention on refugees and accepts approximately 10 per cent (10,000) of the 100,000 refugees identified globally each year.

The United Nations High Commissioner for Refugees (UNHCR) encourages countries to also protect vulnerable persons who do not meet the formal refugee definition. For example, individuals persecuted on race, religion, nationality, political opinion, or membership in a particular social group. Canada protects such individuals by admitting them into Canada through the Country of Asylum Class.

Canada enables private individuals, groups, and organizations to sponsor refugees from abroad. Groups of Five (or more) adult citizens or permanent residents of Canada may apply to become private sponsors. They commit to provide housing, financial, social, educational, and settlement support to one or more refugees for one year while the refugees establish themselves in Canada.

Settlement refers to the process of starting a life in Canada, such as finding a home, buying winter clothes, applying for health care, setting up bank accounts, finding a job, learning a national language, enrolling children in school, etc. Both private individuals and settlement agencies provide services to refugees and others new to Canada.

You can help protect Afghan Sikhs and Hindus:

What if Afghan minorities do not receive international protection?

Who are the current supporters?